Jian Zhan is a kind of porcelain. In the Song Dynasty, Jian Zhan was deeply sought for the Royal and noble tea lovers and then spread to Japan. Today, four of national treasures in the National Museum of Japan are Tenmoku tea bowl.

The major Asian art auctions at Christie’s and Sotheby’s in New York has hundreds more stunning ceramics. Although none is anticipated to be as high-grossing as the rare Tea bowl, you can never predict what will happen at auction.

The deep, rounded sides are covered inside and out with a thick iridescent black glaze suffused with a dense pattern of variegated iridescent ‘oil spots’, stopping in an irregular line and pooling above the foot, exposing the blackish-brown body. The mouth rim is mounted with a metal band.
4 13/16 in. (12.2 cm.) diam., Japanese wood, and lacquer boxes and a selection of other accessories

The tall conical form, with a groove below the lip and an evenly shaped, shallow foot, and covered with a thick, highly glossy black glaze. And with overall radiating iridescent silvery-blue striations, draining from the rim and stopping well above the foot in a glossy black bulge.

After that revealing the dark brown body beneath, the rim later bound in gold; accompanied by a 16th-century Ryukyu plaque burgauté stand of dark brown lacquer with cinnabar-red interior, the ring-shaped support and wide rim inlaid in mother-of-pearl with chrysanthemum scrolls, the flared foot and edges with key-fret and other formal borders, the foot marked on the inside with a tian (‘heaven’) character and a leaf fan, both incised and gilt 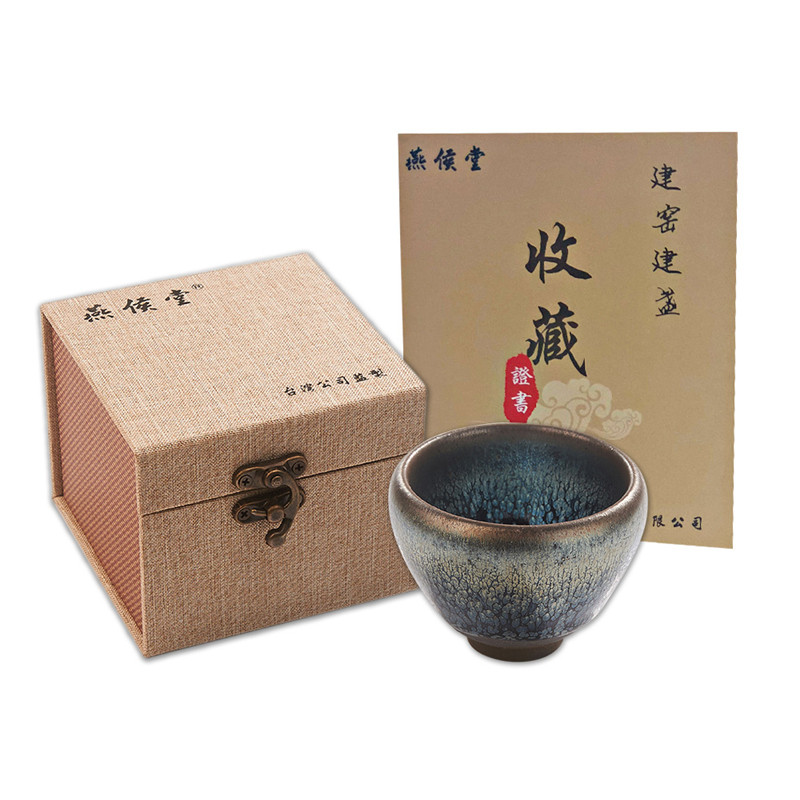 An exquisite and rare ‘Jian’ ‘hare’s fur’ ‘tenmoku’ bowl southern song dynasty of deep conical form with a groove below the lip and a shallow straight foot.

And moreover underside with a continuous chrysanthemum scroll, the bowl and stand with gold, green, blue and white brocade pouches in a ribbon-tied paulownia-wood box and cover and ribbon-tied black lacquer outer box
Quantity: 3 12.2 cm, 4 7/8 in. 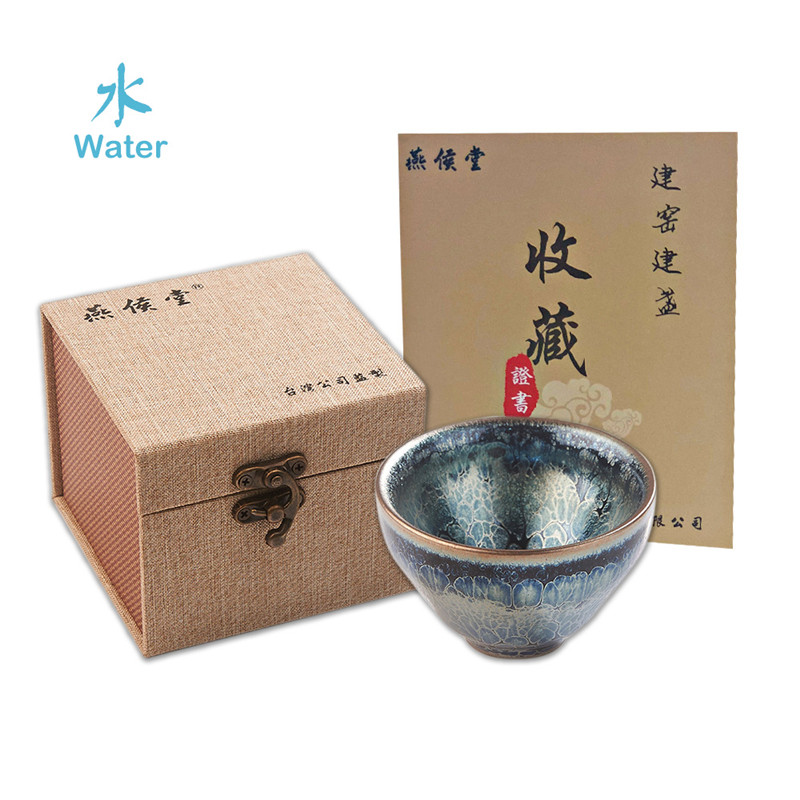 One of the beautiful attributes of Jian Zhan lies in their crystalline structures. These occur in the natural glaze through firing, and these will subtly change over time through constant use. Tea oils are slowly absorbed into the cup, not so much building a patina (like Yixing teapots).

It is very slightly altering the way the crystals refract light, acting as a sort of ‘lens’. This effect grows through the constant use of a JianZhan tea bowl, making it more beautiful over time.

This very subtle effect gave Jian Zhan the kind of collectible value in the Song Dynasty. So as Yixing teapots have today. The incredible glaze was even thought to slow the way. Likewise, green tea slowly becomes flat and off if left in a cup for a long time, meaning that green tea whisked at competitions would better preserve its full, crisp sweet quality.

More from my site

Reduce the chance of lungs being disturbed by virus